The  Foundation  for  religious  studies,  www.fscire.it,  seeks  a  very  dedicated  and  very  specialized Librarian  to  join  its  staff  in  the  newly  founded  La  Pira  Library  in  Palermo,  twin  of  the  Dossetti Library  in  Bologna.

The  La  Pira  Library  will  serve  an  internal  research  staff  and  international scholars  working on  the  history  and doctrines of  Islam.  The Librarian  will  deal with  fast  growing collections  in  several  languages  and  alphabets  and  with  scholars.

A  full-time  employment  is offered  for  two  years  with  a  perspective  of  a  permanent  job.

Applications  in  Italian,  French  or English  must be received by the Foundation for religious studies no later than  September  15, 2018  in hard copy to Fondazione per le scienze religiose Giovanni XXIII, Via San Vitale 114, 40125 Bologna (IT) and electronically  to  bibliotecalapira@fscire.it. Alternatively, applications can be sent only electronically by certified email to fscire@pec.it.

Selected candidates may have to participate in an interview and tests, also online, within ten days after the selection process. 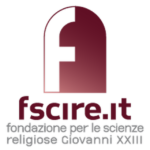