The First ReIReS school that is held September 23-28, 2018 in Mainz is dedicated to special documents. During the first day of the school, early modern theological works and fragments of manuscripts were shown and explained to the interested audience, consisting of scholars and librarians from the ReIReS partners.

Every detail can be a treasure. 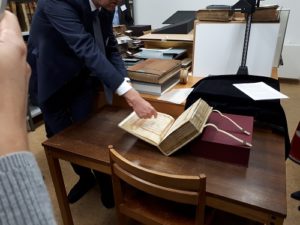 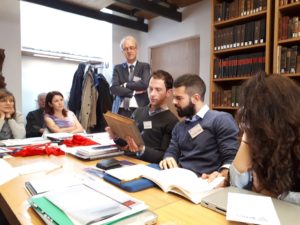 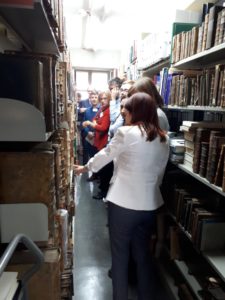 At the end of the first day the results of the training were collected, varying from emphasizing the necessity of being able to read Latin to being convinced that in the digital world the haptic element while studying special documents should not be forgotten, since it provides an experience that never can be submitted digitally. “Hands-on” instead of hands-off , also. 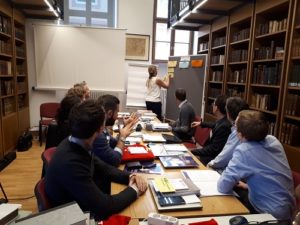 Nice to work in interdisciplinary and internationally mixed groups!

The second day, hymnbooks stood in the spotlight. Prof. Ansgar Franz and Dr. Christiane Schäfer of the hymnbook archive at JGU Mainz presented the collection of the archive consisting of both catholic and protestant hymnbooks. The presentation started in fact in 1533 with Martin Luther’s geistliche lieder aufs neue gebessert and followed by a variety of hymnbooks through the ages. Regional specifics, origin, scope and meaning of the collection were explained. The reception history was demonstrated with the example of the most famous hymns ever: Groβer Gott wir loben dich, based on the early Christian hymn Te Deum Laudamus. 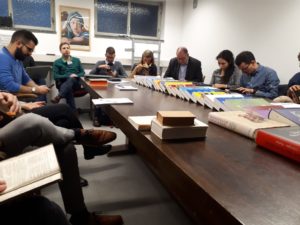 ReIReS School in Paris: an Exciting Journey Through Archives and Collections