The Center for Religious Studies at the Central European University cordially invites applications to its fourth annual Doctoral Conference in Religious Studies, to be held June 25-27, 2020.

Religion has served to legitimize political power, but it has also been a basis for resistance against order and authority. Be it the Maccabean revolt, Gandhi’s practice of non-violence resistance, contemporary neo-pagan religions, or the counter-system movements portrayed by Mark Juergensmeyer in his 2001 book Terror in the Mind of God, religious beliefs have motivated people to reject social order that they deem as unjust, and possibly rise against it. Even in today’s secularized societies, religion has served as the ground for social movements and manifestations addressing pressing socio-economic threats such as climate change, social inequality, authoritarian governments and minority discrimination.

The Center will receive applications focusing on all aspects of the interplay between religions, states, and societies, in all regions and historical periods. Abstracts, no longer than 300 words, should be sent to crsconference2020@ceu.edu by 15 March 2020. Applicants will receive the final decision no later than 27 March 2020.

Read more in the pdf. 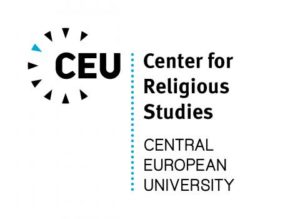