The ReIReS General Assembly Meetings took place at EPHE’s head quarters in the capital of France, January 29 and 30, 2020.

All  worckpage leaders presented the current status and the future plans. Besides, the results of the mid-term reporting to the EC in Brussels and the feedback from the reviewers were discussed.

In the past 18 months many good results have been achieved and the project is developing satisfactorily. However, there are some tasks that need extra attention. Proposals for improvement were discussed and advice given.

During the first day, members of the advisory board were also present, who gave valuable advice based on their expertise, with which the WP leaders could get started. 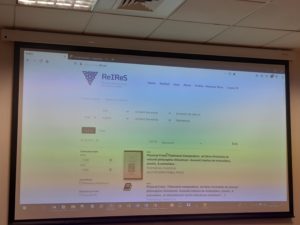 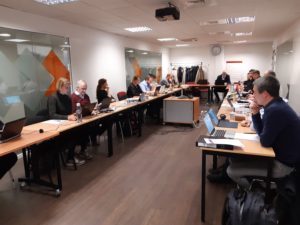 One of the highlights was the demonstration of the unified search platform, which is already at a very advanced stage. Scientists and others will soon be able to make optimal use of the search platform.

Finally, agreements were made for the remaining time of the project, which runs up to and including January 2021.