This collection of essays by leading scholars reflects new interest in how graphic devices contributed to the production of knowledge during a formative period of European history.

All of us are exposed to graphic means of communication on a daily basis. Our life seems flooded with lists, tables, charts, diagrams, models, maps, and forms of notation. Although we now take such devices for granted, their role in the codification and transmission of knowledge evolved within historical contexts where they performed particular tasks. The medieval and early modern periods stand as a formative era during which visual structures, both mental and material, increasingly shaped and systematized knowledge. Yet these periods have been sidelined as theorists interested in the epistemic potential of visual strategies have privileged the modern natural sciences.

This volume expands the field of research by focusing on the relationship between the arts of memory and modes of graphic mediation through the sixteenth century. Chapters encompass Christian (Greek as well as Latin) production, Jewish (Hebrew) traditions, and the transfer of Arabic learning. The linked essays anthologized here consider the generative power of schemata, cartographic representation, and even the layout of text: more than merely compiling information, visual arrangements formalize abstract concepts, provide grids through which to process data, set in motion analytic operations that give rise to new ideas, and create interpretive frame   works for understanding the world. 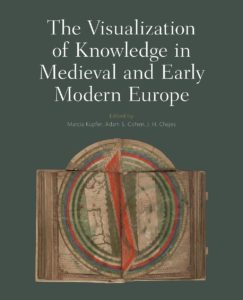 Facing the Challenge of Religious Illiteracy