Improved sanitary conditions and progress in vaccination have made it possible to resume researcher residencies at the EPHE in the framework of the TNA ReIReS programme. Read more about the progress that could be made here.

During the month of July, eight researchers are coming to work in the “Grand établissement documentaire” of the new Campus Condorcet . A doctoral student in sociology, Jiang Yijing, has been recruited to accompany them in their research. They are the first researchers to be received in residence by the GED, whose staff has been particularly active in receiving them.

Archives of Henry Corbin and the Shiite Fund

Three of them are consulting the archives of the Islamologist Henry Corbin and the Shiite Fund of the Library of Religious Studies of the EPHE:

Two of them are historians of ancient Eastern Christianity, who will work in the microfilmed collections of the Institut de Recherche sur l’Histoire des Textes (IRHT), in the collections of the Bibliothèque des Sciences Religieuses of the EPHE, and in the archives of Antoine Guillaumont (1915-2000), former director of research at the EPHE:

History of Social Sciences in the 19th and 20th Century

Two of them are anthropologists, who wish to have access to the archives of the EPHE concerning the history of social sciences in the 19th and 20th centuries:

Finally, Beatrice ALAI is a young post-doctoral student from the University of Padua, who worked in the collections of the Bibliothèque des sciences religieuses of the EPHE from 29 June to 13 July. Research project: “Opus Manum: the practise of Bibles production at the dawn of the Carthusian Order”. 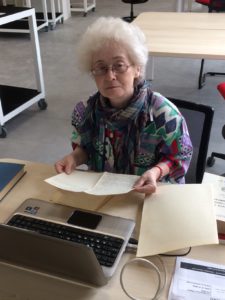 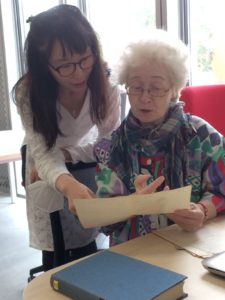 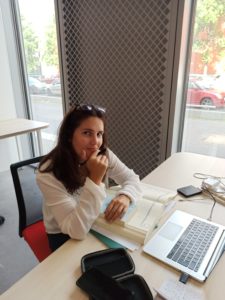